Isn’t it a dream of most people to be able to draw, paint or sculpt like one of the Masters? For me, drawing or painting, sure. sculpting is just way too much work. Besides, the majority of my drawing would be for my own use anyway. I need something I can refer to for my characters.

Yes, yes, I know they are my characters, and they should look the way I want them too. Which is right, but at some point in time their looks have to be set so you’re not describing them one way at the start of the book and something else later on.

I mean you really don’t want your main character being described as a five foot tall “Suzie Homemaker” type  in chapter one, then have her being a six foot five red haired Amazon warrior princess in chapter ten. Not unless something really drastic happened.

And that’s what this post is about, how do you get your character reference drawing when the most artistic picture you’ve ever drawn looked like a stick figure done with a great big cranberry Crayola crayon.

For me, it was finding a 3D graphics program called, appropriately, DAZ 3D.

With the program, I can build a character, change the shape, skin tone, size, just about everything about them, clothe them, pose them and build a scene around them. Then once I have everything done up just right, I can render the scene as a whole and save the resultant picture . 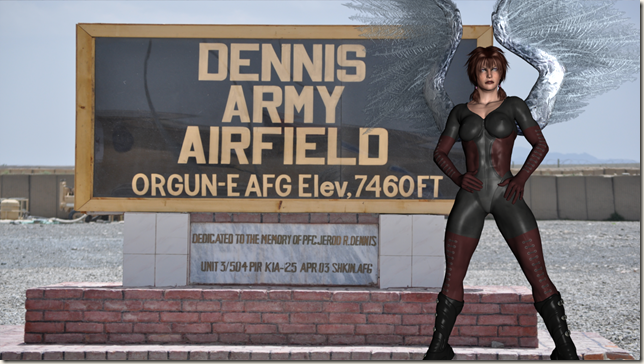 Or, I can just work with the character, to help me visualize the emotions or some other aspect I’m trying to get across in a particular scene. 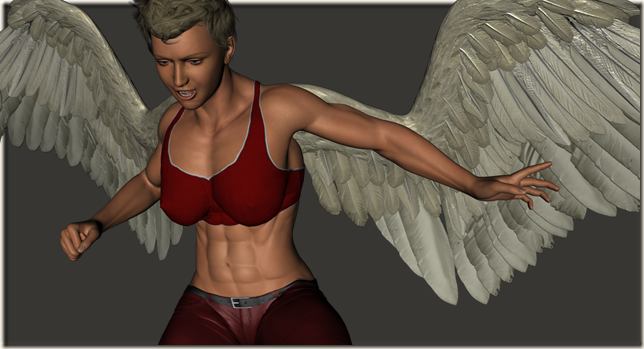 This may not work for everyone, but it works for me.