My newest story will be released by Extasy Books on 1 December.

It’s a bit of a departure for me. It’s NOT science fiction, but rather a straight up contemporary romance.

Lisa Mankiller, is a Navy Corpsman assigned to a Marine company and is spending her pre-deployment leave at the ranch of the family that raised her when she was left an orphan.

There, she is reunited with her childhood friend Jake Winthrop and his current boyfriend Todd Lawson. Lisa witnesses Jake abusing Todd and decides to step in.

When Lisa floated back to consciousness the first thing she was aware of was a feeling of bliss, being sated. She was limp, boneless, and it felt wonderful. Even the aches in her thighs and bottom felt good.

The pipes rumbled as water was cut off in the bathroom. Lisa gathered up what strength she did have and slowly rolled onto her side. She didn’t have to wonder who had diapered her with a towel to contain the now cold stickiness between her legs. Todd stepped out of the bathroom scrubbing his hair with a towel. He dropped it on the sink and ran a pocket comb through his short jet-black hair. He didn’t have a towel around his hips and she got an even better look at the man than she had at the house. Gods, the man was built, and not just below the waist. He was big everywhere, big enough to make her feel safe. That was saying something since she worked and lived with a company of devil dog Marines.

Todd caught her looking and smiled. He crossed the small room and sat next her on the bed.

“The dead do come back to life,” Todd smiled. It was a smile that warmed all of her exhausted body.

“There’s hot water for coffee if you want. It’s instant and not very good.”

“That’s okay. I’m used to drinking boiler water coffee onboard ship. As long as it has caffeine in it, I’ll be good to go.”

By the time Todd got back, Lisa had managed to get herself upright on the edge of the bed. She took the proffered cup and sipped at the hot liquid.

“Eeech. You’re right, that’s horrible. Shipboard coffee would be better, and that’s saying something,” Lisa said taking another sip and set the cup on the nightstand. “What time is it?”

“If you’re going to apologize, don’t.” Lisa looked up into the man’s eyes. “I all but cuffed you to the bed, so if anyone has to apologize, it should be me. But the question is, do I need to?” 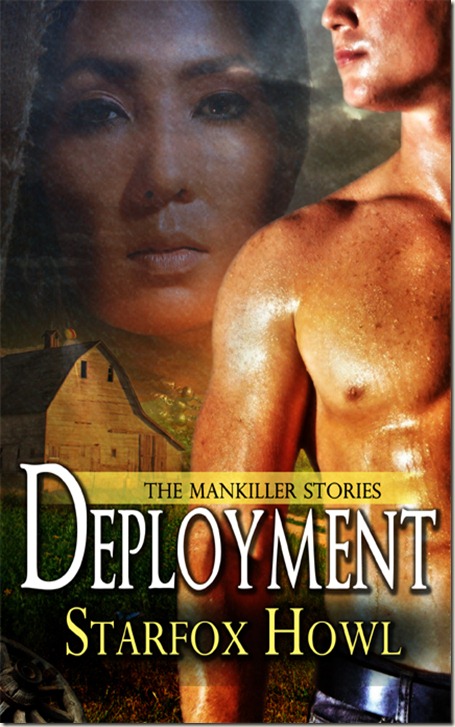 I hope everyone enjoys it.